Back when I was a classroom teacher, the “ah-ha!” moments were one of my favourite things. Like the time one of my students discovered that capital letters are used to start a sentence after a full stoP. Not on both sides of a full stoP. Or the time one little friend convinced another that zero is indeed a number, despite the fact that it signifies ‘nothing’ and we never say it out aloud when counting.

One of my most poignant teacher “ah-ha!” moments was when I realised I could do the unthinkable. I could both teach a full curriculum in my class AND support play.

If you’re a teacher reading this, you’ll know why this is scoffed at as a preposterous idea. Teaching a complete curriculum, with nothing removed, and still managing to give your students time in self-directed play? During normal school hours? When they also need to learn to read and write and count? (and be nice and eat well and speak additional languages and develop empathy and sing and be mindful and move their bodies and be resilient and listen and and and and and)

I’m not talking about the ‘we teach our students through play’ kinda play, either. I put my hand up to admit I implemented plenty of card games that I called play, set up plenty of playful situations to give context to the ‘real lesson’, made many an ‘intentional invitation’ so that my students would play in a way I knew would lead them to a new understanding or have them practice a skill. 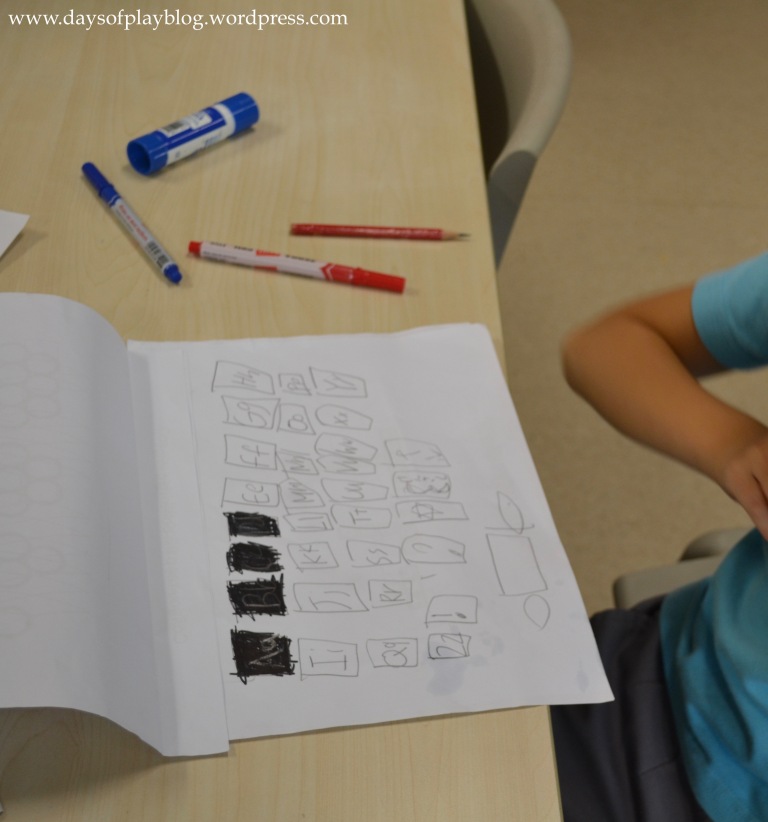 I’m not suggesting that there is nothing to learn from play. Far from it. It’s just that I believe the play needs to be the priority if we are going to value what comes from it. (read more in Peter Gray’s article about the value in play)

I realised that unless I quit trying to guide my students in their play to get to my own goals for them, I may as well just take the short route and directly instruct them. If I was going to see the true power of play for my students, I would have to step out of the way and give them the best opportunity possible to do just that – play.

So, I did that. And I saw amazing things.

I saw a bunch of kids, who usually sat silent during group counting, gather empty nespresso pods into groups of ten and start counting in tens.

I saw a pair of students, who were still learning to read, grab a world globe and start writing an alphabetical list of capital cities.

I saw a reluctant writer create a model of a soccer pitch out of paper and drinking straws, colour it in with field markings and team colours, then invite a friend to make paper dolls so they could play out a match, complete with a crumpled piece of paper as a ball.

I saw a child, who tended to avoid any attention, take a massive risk by suggesting to his friend they add one more level to their incredibly tall, teetering, about-to-topple-over tower.

And that’s where I’ll stop. Because teachers will read this and start thinking, “Hmmm, I should do that….” But that’s the point – there is nothing for you to do, except support the play. I learnt that to see the true benefits of play, the great learning in life that play can bring for both adults and children alike, you have to let them play and not pollute it with your own hidden agenda. 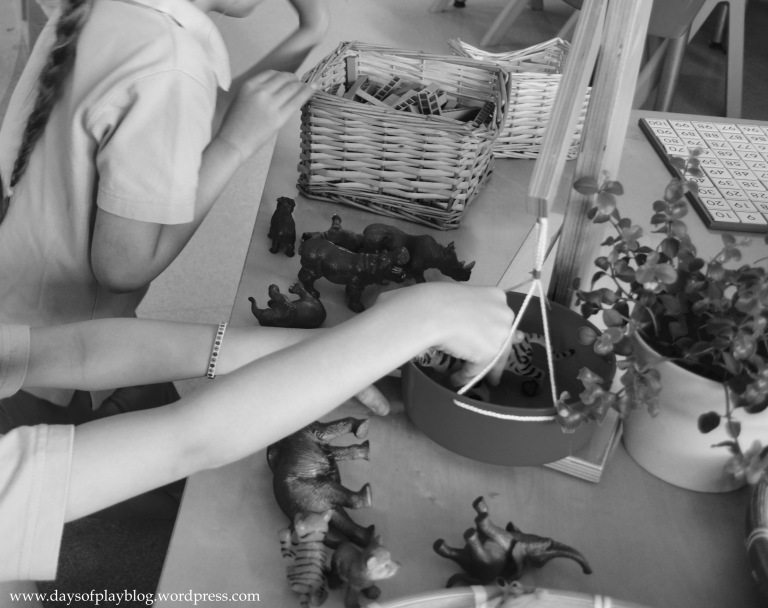 Conversations amongst teachers tend to get murky when they talk about play. We’re paid to be purposeful, to be intentional, to make every action count towards the onward march of child development. I’ve been in rooms full of incredibly talented educators who debate for hours a definition of what play actually is.

So it’s difficult to make time in your classroom for something that you can’t define; that means children follow their own ideas and interests, for their own reasons and purposes. As teachers, we’re convinced we know best when it comes to what children should be doing and how they go about it. It’s hard to hand over that power, to let children self-direct their own play and learning. We tend to feel that if we’re not controlling the content or purposes of their every minute in our presence, we’re not doing our jobs.

I was lucky enough to work in a school that supported me doing the very best for my students; and I strongly felt they needed more time spent in play (as I wrote here). Yes, we still had a rigorous curriculum, with big expectations of our students and a highly academic slant. Supporting play became a regular feature of my classroom, even if it was for only a short while each day. Here’s how I did it.

Precious resources of classrooms; we think you are so almighty that we tend to keep you locked in cupboards, bringing you out on special occasions, lest you spend more time than necessary curled up in sticky little hands who may be tempted to lose you. Teachers, be kind to your resources – leave them out to be played with! Little cubes that you use for mathematics lessons, dictionaries, cards, rulers, scales, measuring jugs, whiteboards – what do you have hidden in your cupboards that might be used in play? By packing things up and locking them away from our students, we rob them of the opportunity to play with the tools we actually expect them to be fluent with in our lessons. So designate one cupboard as an open cupboard, or one table as a pile of stuff, and say yes when a child asks if they can play with that.

Give yourself some permission here – the permission to not ask questions. Zip your lips and just observe your children at play. This is tough for most seasoned teachers, who want to extend thinking wherever possible. There is nothing you can ask, no “What are you doing there?” or “What will you do next?” reflective question, that is going to take that play further, or give it more meaning for the child. They know what they are doing – it’s not important at that moment that you do. Listen closely and observe from as much distance as you can handle.

If you have trouble with Step 2, Zip Your Lips, then taking photos is an excellent way to control your urge to give advice or ask questions in the moment. Much of the play my students engaged in had no end; the process was more important than any trace of it they left behind. Taking photos satisfied my adult desire to have a record, to see evidence, to prove. It also helped me to remember those precious moments; to recall those important play stories for each child. Having photos to look back on also helped me see the important things that were happening during this exploratory time, and, yes, to see the learning that came from play.

Your students need you, the adult, to set aside time in their school day for play. What worked for me was making every morning arrival a time of “free explore”, a time when students arrived, unpacked their things, then got busy doing whatever they wanted. This was a great time for our class community, to meet each other in play at the start of our day, after being hurried to school. Sure, I was flexible with when I decided this time was up, depending on what we were doing each day. But for some children, this may be the ONLY time in their day they spend following their own interests. I also added in one station at rotational station lessons (if I had 5 stations set up to support a mathematics lesson, one of those was a ‘free explore’). It was never as much time as I would have liked, but at least I was finding as many opportunities as I could to play, instead of throwing up my hands and saying I had no time.

Mess is an adult concept. Most kids don’t see it the way we do. If you are brave enough to truly give children control over their own play, you’ll also need to be brave enough to hand over a space in your classroom. It might be a physical place to store half-finished paper creations, or to hold resources. It might be space in your schedule for a day of not tidying up. To truly have permission to play, your students will need to see that you are ok with them taking their play in the directions they want, rather than the directions you want. And they won’t always want to take their play in a neat, tidy direction.

These five steps only scratch the surface, I know. If nothing else, my carving of time for play in my class timetable brought us together as a community of players. Many educators bemoan the emphasis on academic skills that now dominates their schedules, and small steps such as these are important ways we can make sure we are protecting our students’ right to play, and doing the very best by them as small human beings.

Want to think more about play in schools? Check out these links.

Play Wales publish a fab magazine. Here’s one about play in schools.

Alliance for Childhood’s 2009 article, “Crisis in the Kindergarten: Why Children Need To Play In School”